The History of TCP 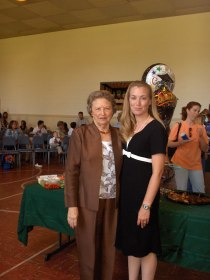 Trinity United Methodist Church first entered the field of Early Childhood Education in 1964 when cofounder, Mrs. Betty Forrest, began a Kindergarten program for the children of Poquoson. "Miss. Betty," as she is still remembered today, was the program director and head instructor for twenty-six years. She believed it was her mission in life to close "the educational gap for pre-first graders." At the time, there were no public kindergarten programs available in Poquoson and the drive to programs existing in Hampton was too far for many local families. The surprising fee of $15 per month for five days per week was used to fund the salaries, supplies, and equipment.﻿﻿

By 1970, the program served 50% of the four and five-year old children in our community and student enrollment was maintained at 50-60 children since the school's opening. In 1973 Miss Betty was invited by the superintendent of Poquoson City Schools to "initiate kindergarten in the public school." She returned to Trinity in 1976 and directed the program until her retirement and the preschool's closing in May of 1990.

During the early years of this decade TUMC experienced a major renovation to its physical structure that enabled it to re-enter early childhood education. In January 2002 a 12-member board was created to prepare for reestablishing the preschool at TUMC. The board was co-chaired by Beth Wilson and Joyce Holloway, both members of Trinity with family connections to the original preschool. After two years of monthly meetings and tremendous support from the congregation, Trinity Christian Preschool was officially restarted in Fall of 2004. The school was directed by Donna Moorefield, employed three teachers, and accommodated 30 children. By it's second year, enrollment reached 50 preschoolers. Bonny Rollins Wiggins, a 10 year Preschool Special Education teacher and parent of TCP students, served as chairwoman of the board for three years. During her tenure as chair she instituted many improvements to the program including curriculum development, fundraising, and acquisition of materials.  Teresa Holloway Green, another life-long resident and Trinity member, replaced Bonny as the TCP Board Chairwoman and served in this position for four years.  During her tenure tremendous fundraising efforts enabled the POPS to provide the preschool with a brand-new, state-of-the-art playground designed with our special preschoolers in mind.  The preschool, through Teresa's leadership, grew to eight classes and 13 staff members.  Her generous giving and self-less service has left a memorable mark in the history of the preschool community. Since then, the staff has enjoyed the addition of two new classes that serve a broader range of students including a "Young-Fives Pre-K" and "Two and a half year-old".

Kirstie Phillips, served as the director from July 2005 until May 2013 and was instrumental in the formulation of the unique, integrated theme-based curriculum.  She worked tirelessly to grow and improve the program to best meet the needs of the preschoolers who she loved so dearly to insure their preparation for kindergarten and reading readiness.  Her thriftiness and resourcefullness enabled the preschool to add countless materials and resources including a school library, art supply closet, educational inventory room and gross motor toy closet.  She was known to support the preschool families through personal and developmental challenges and was always ready and willing to offer a listening ear when the need arose.  It was her commitment to the TCP Mission and Philosophy, rewritten in 2006, that guided her selection of staff, policy implementation, and administrative decision making.  Her cooperative leadership style was obvious when she was often heard saying, "family comes first" and "our motto is flexibility!"  Her influence on the community and the lives of the 245 preschool families and their 307 children will be remembered fondly. 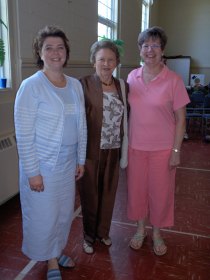 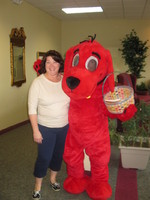 *This is for families who have attended in the past and TUMC members.*

*This is for all new families.*

These forms are available on the Tuition/Forms tab at the top of this page.

The Director's office, Room 213, is located upstairs. The director is available for appointments between 9:00am and 1:00pm during regular school days.  During summer (May-August), the office operates on limited hours.  Please leave a message and we will return your call at our earliest convenience.

May 3 - Tuition Due (if balance not